Debunked: ‘Snoring Is Annoying but Harmless’

Snoring affects people indiscriminately. Rich or poor, fit or overweight, young or old: it doesn’t matter. Everyone is susceptible, though it is also true that some—as we will learn later on in this article—are more prone to develop snoring than others. As it’s quite commonplace, it can be easy to be dismissive and think of snoring as just a bothersome quirk; even something that’s humorous rather than a cause for concern. As myths regarding snoring go, that it is a harmless physical function has to be up there among the most popular.

Like most myths, there is a kernel of truth in there somewhere. Sometimes, snoring is technically harmless and just annoying. Worth noting, though, that even in this scenario there is a chance that the snorer and people close to them could suffer from sleep disturbances due to the snoring. However, most of the time the implications are actually much worse than simple annoyance and light sleep deprivation. Chronic and loud snoring can be a symptom of a condition called Obstructive Sleep Apnea (OSA)—which, if left untreated, can cause serious harm and severe consequences. It’s been postulated that untreated cases can shorten life expectancy by as much as a decade or more. Snoring can be a significant health risk.

Before getting into why, it’s important to clarify what snoring actually is. We all know that snoring refers to the sound that some people make while they’re breathing when asleep. But if breathing is all it took to snore, why doesn’t everyone snore all the time? The answer: While there are many kinds of snoring sounds that can be produced, an overwhelming majority of these come from relaxed body parts—such as the soft palate behind the roof of the mouth—vibrating as air passes them during the breathing process. These same body parts are typically active muscles during daily routines, which makes these sounds less likely to occur when a person is awake.

For people who don’t snore regularly, the cause can be anything that can cause a change in air flow or relaxation state. For example, snoring can be brought on by alcohol intake or severe exhaustion. An unfamiliar or incorrect sleeping posture may also be at fault. Snoring can also occur when the body is fighting off an illness; and even when the body is undergoing major changes, such as it does during a pregnancy. Even chronic nasal congestion—or habits that contribute to this, such as smoking—can be a culprit. 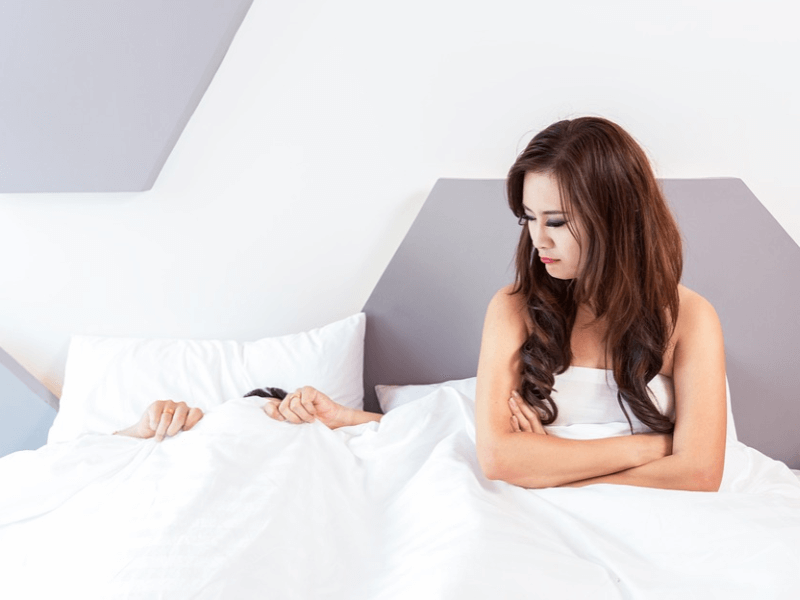 What Is Obstructive Sleep Apnea (OSA)?

We mentioned earlier that snoring is a symptom of OSA. If you do research on both, you’ll find that they are often lumped together; but they are, in fact, not inseparable. People can have a snoring problem without having OSA, and vice versa. It is just that loud snoring is very often accompanied by OSA’s signature: breathing blockages that cause sleep interruptions.

As relatively common a disorder as OSA is, it often goes undiagnosed and untreated—likely ignored and thought of as “harmless snoring”, which is exactly what we are trying to debunk! OSA poses a significant threat to general health. Just think of what happens: The airways in the body are blocked during sleep—by relaxed muscles or swollen or otherwise obstructive body parts—causing pauses in breathing; which lead to not only less oxygen distributed throughout the sleeping body, but also very brief sleep interruptions that nevertheless drag down the quality of rest the body gets from slumber. This cycle of air blockage, waking, and correcting airflow can repeat anywhere from five to 30 times per hour, all throughout a night’s sleep. OSA results in a lot of stress put on not only the sleep-wake cycle, but on the body itself.

Can Anyone Develop OSA?

It’s common misconception that only men, adults or overweight people are at risk when it comes to this sleep disorder. Anyone, at any age, can develop it. People that have OSA may be misdiagnosed, partly due to bias and focusing on the wrong symptoms. Mental health disorders, such as depression and anxiety, share commonalities with OSA; so quite often the sleep disorder is mistaken for a mental health issue—although there are times when co-morbidity occurs and both are present in a single patient.

There is something to be said about weight gain and OSA, though; in that is can become a vicious cycle. When undiagnosed, OSA can greatly contribute to weight gain; and weight gain has the tendency to make OSA worse. Obesity has been known to increase the risk of developing sleep apnea or exacerbating it, although it should be pointed out that people who are healthy and fit can develop OSA, too.

However, it’s most important to note that children are at risk, too—so if you know a child that regularly snores, please do suggest a doctor’s appointment immediately. It may be a sign that breathing is obstructed at the through due to the child’s tonsils. Misdiagnosis happens to children, as well. OSA can be mistaken for ADHD, which can lead to a lot of unnecessary medications and therapies.

Aside from Snoring, What Are Symptoms of OSA?

Snoring is a main not but sole symptom of OSA. Signs vary across sufferers of this disorder, and in some cases, they’re things that only another person can effectively evaluate. Self-awareness may not be enough; in fact, in most cases, people with OSA don’t even notice the sleep interruptions they suffer from.

Here are other symptoms to watch out for: frequently waking up to use the bathroom in the middle of the night, waking up with a headache, sore throat or dry mouth; daytime sleepiness; depression, irritability or mood swings; difficulty focusing and remembering things; high blood pressure; and decreased libido. If you suspect that you’ve developed OSA, and you or someone close to you notices more than a few of the symptoms, you should consult a doctor as soon as possible.

Still unconvinced and unwilling to set an appointment? Ask a family member to stay up and observe you while you sleep. If they notice restless sleep, difficulty breathing, abrupt choking or gasping, or nighttime sweating, you should add that to the list of symptoms to mention to your doctor, too. Ask them to note the number of times your sleep is interrupted; keeping a time log, if possible. This may not only help a professional with a diagnosis, but also help you come to terms with the possibility of having OSA.

How Does Snoring and OSA Affect Overall Physical Health?

The list of OSA symptoms already seems like enough of a reason to take this sleep disorder seriously; but it that wasn’t enough to illustrate the potentially fatal results of untreated snoring and OSA, we can go even further.

Take high blood pressure; by itself, it’s already a health risk. It comes with an increased probability of heart disease, a heart attack or a stroke. The propensity for weight gain with OSA also leads to obesity and a risk of developing diabetes. And we already mentioned that mental health illnesses can become comorbid with OSA—after all, sleep health and mental health are just two side of the same coin.

Daytime sleepiness may sound relatively low risk, but not being fully alert when you need to be can have anywhere from mild to disastrous consequences; from forgetting to tie your shoes or incorrectly seasoning a dish you’re cooking, to getting yourself in a car crash or work-related accident.

What Can Be Done About It?

We don’t claim to be medical experts, so our advice is and has always been the same: If you suspect that you are suffering from a sleep disorder, consult a physician. However, we can say with a degree of certainty that snoring and OSA—unless truly severe and needing surgery—are typically treated with the help of one or both of variations of these devices: a continuous positive airway pressure (CPAP) machine and mouthpiece. The former can be expensive, but it does effectively keep your airway open and contribute to quality sleep. The downside is that the machine is often loud, hard to move and very unwieldy—you have to plug it in, wear a mask and earplugs, sleep a certain way, and basically arrange your whole sleep routine around it. The latter—the oral appliance that is made to push the lower jaw slightly forward for better breathing—can be custom-made and is as easy to use as a simple retainer or mouth guard. The only downside to this that we can think of is the chance of losing it during travel; but even that pales in comparison to what you’d have to deal with if you were to travel with a CPAP machine.