Everyone needs to get a good night’s rest consistently. It’s intrinsic to having a healthy lifestyle, and it’s as important as watching what you eat and getting enough exercise. What some don’t realize, though, is that sleep quality affects more than just physical health.

To strengthen this point, let’s look at the benefits of prioritizing a good night’s rest. We all know that when we sleep well, we rest well; but how exactly does that happen? It starts with the sleep cycle that lasts about 90 minutes; most healthy adults go through at least four cycles each time they go to bed. The sleep cycle is divided into several stages that can be further classified as either non-rapid eye movement (NREM) or deep sleep, or rapid eye movement (REM) sleep. During the progression into deep sleep—the first four stages—the body starts to unwind; breathing and heart rate slow, muscles relax, and internal temperature drops. When you are in your deepest sleep, your body begins its regular physiological maintenance: making repairs and restorations, and boosting your immune system as a whole. During the last stage—REM sleep, when you dream—it’s your mental and emotional health that is maintained. Uninterrupted REM sleep is said to enhance memory retention and learning, as well as help process and regulate emotions. 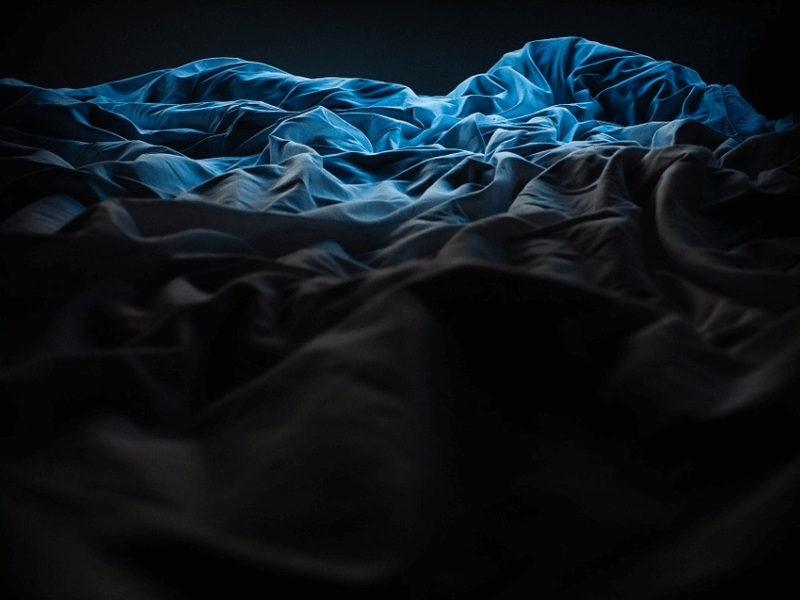 Knowing all of this makes it easier to understand how sleep health and mental health can be thought of as two sides of the same coin. Poor sleep can often be a symptom and result of mental illness; similarly, people suffering from sleep problems are also more likely to develop particular mental health issues. What’s worse is that poor sleep is easy to overlook and ignore, yet is a real health risk if left unchecked; because it can lead to more than just grogginess and grumpiness in the morning. In many cases people with sleep disorders and mental health issues find that the two ailments are intertwined in a way that one feeds the other, and vice versa—causing a self-sustaining loop that’s very hard to break. Feeling overwhelmed by all of this information? We’ve got you.

Sleep & is a series that explores and demystifies the link between sleep health and mental health. We take the most common mental health issues related to sleep problems—anxiety, bipolar disorder, depression, and more—and break it all down for you. Our hope is that these articles serve as a first step towards more restful and restorative sleep habits, and a healthier mindset overall. Below are short summaries of the pieces; for more information, just click on the article names. Pro-tip: We’ve identified the connections between sleep and several common mental disorders here, but in the full-length articles linked in each item, we also talk about steps to take in order to deal with the sleep and health issues discussed. Check them out!

There have been many studies looking into the link between sleep and ADHD, especially in children. Some sleep difficulties may arise from the medication prescribed for ADHD, and some may simply co-exist with the presence of the mental disorder. The relationship between ADHD and sleep has never really been completely understood, and even experts cannot unanimously agree if ADHD leads to more sleep disturbances or if sleep disturbances contribute to the development of ADHD. Since we’re not experts, we’ll pass on taking a stand; instead, we’ll just focus on the sleep problems that do crop up: trouble falling asleep at bedtime, tossing and turning all night, difficulty getting out of bed in the morning, and sudden or intrusive sleeping.  All of them can be boiled down to one general difficulty: Wide awake when it’s time to sleep, but sleepy during waking hours. 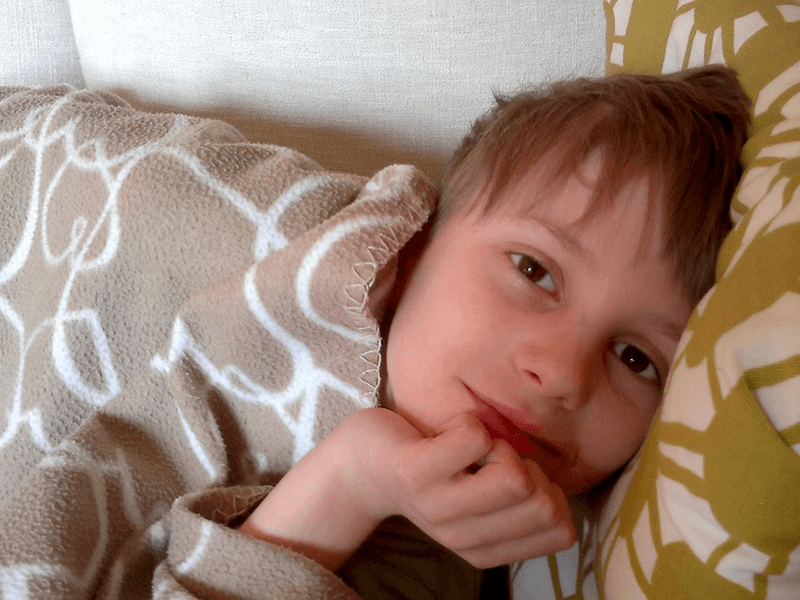 For some people, tossing and turning happens every night. When negative thoughts, intermittent stress and random worries turn into regular occurrence—when they consistently disrupt your ability to fall asleep—it might be time to re-evaluate both your sleep health and mental health. It can be hard to tell whether your anxiety is getting worse because you can’t sleep, or you can’t sleep because you’re too anxious. The link between the two has been studied extensively, and while the relationship is complex and difficult to understand, what’s generally believed is that when one worsens, the other follows suit. In other words: If your sleep is disrupted often, you are at a higher risk of developing mental health issues—particularly anxiety disorders. And if you already suffer from severe anxiety, chances are you aren’t getting enough rest or sleep. What’s worse than tossing and turning? The clinical term for persistent trouble falling and staying asleep is chronic insomnia. With anxiety mixed in, usual symptoms and sleep interrupters associated with insomnia—muscle tension, racing thoughts, restless leg syndrome, teeth grinding, and more—can intensify. Other sleep problems can also develop. Lack of sleep also leads to other physical and emotional health risks: poor focus and performance, high blood pressure, diabetes, obesity, and more. 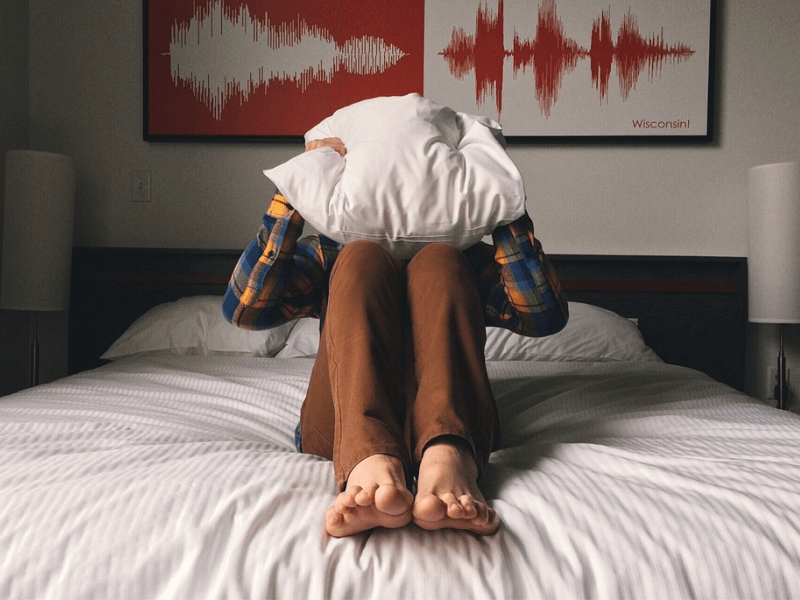 Sleep disturbances can be significant indicators of bipolar disorder, but you may be wondering just how they fit into the bipolar cycle of manic and depressive episodes buoyed by periods of calmness. It is often postulated that people with bipolar disorder have a more fragile body clock, and therefore are prone to more problems in sleep architecture and quality. Studies have observed that even between episodes, bipolar disorder sufferers may still get poor rest and deal with a myriad of sleep problems; ranging from an irregular sleep schedule and daytime sleepiness, to more serious issues like sleep-disordered breathing or rapid eye movement (REM) sleep behavior disorders. However, certain sleep problems are typically associated with either mania or depression; giving a sleep schedule affected by bipolar disorder a somewhat roller coaster-like feel, compatible with the extreme mood swings that come with it. Bipolar disorder may directly impact sleep in the form of the development of insomnia, hypersomnia, and/or delayed sleep-wake phase disorder (DSPD). What does this look like from the outside? A person dealing with this syndrome will probably also display daytime sleepiness, and likely suffer from at least some trouble sleeping. Their sleep schedule’s timing will be off: sleeping way past a reasonable bedtime without any good reason, racking up sleep debt that to pay off during lazy weekends, and generally just having inconsistent bedtime habits. 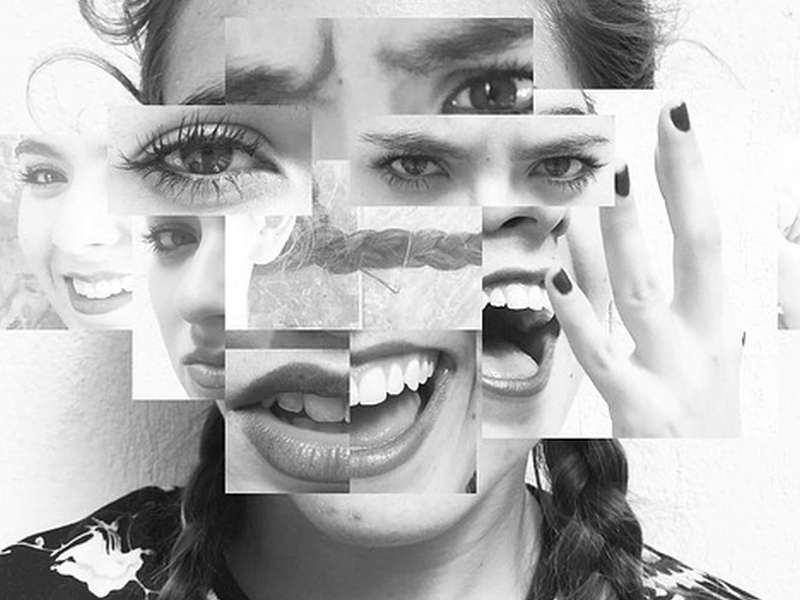 Similar to other mental disorders, depression’s relationship with sleep is a complex one because of the “chicken or the egg” argument. Do people develop sleep disorders due to depression, or do depressive illnesses develop due to sleep problems? Both scenarios may be correct. Depression and the sleep disorders associated with it share many of the same features, symptoms and risk factors; and may even respond positively to same treatments. There exists a real risk of misdiagnosis due to this complexity. Although it’s very common for depression and sleep disorders to come as a package deal, there may be times where one is simply a symptom of the other. For example: Many signs of depression may be due to poor sleep brought about by insomnia or obstructive sleep apnea (OSA), or even a neurological condition such as Restless Legs Syndrome (RLS). What does this mean? Simply that while sometimes a treatment may work to make both depression and a sleep problem better, it’s not a guarantee. If someone is suffering from a sleep disorder but is not actually depressed—or vice versa—the wrong diagnosis or treatment may just make things worse. 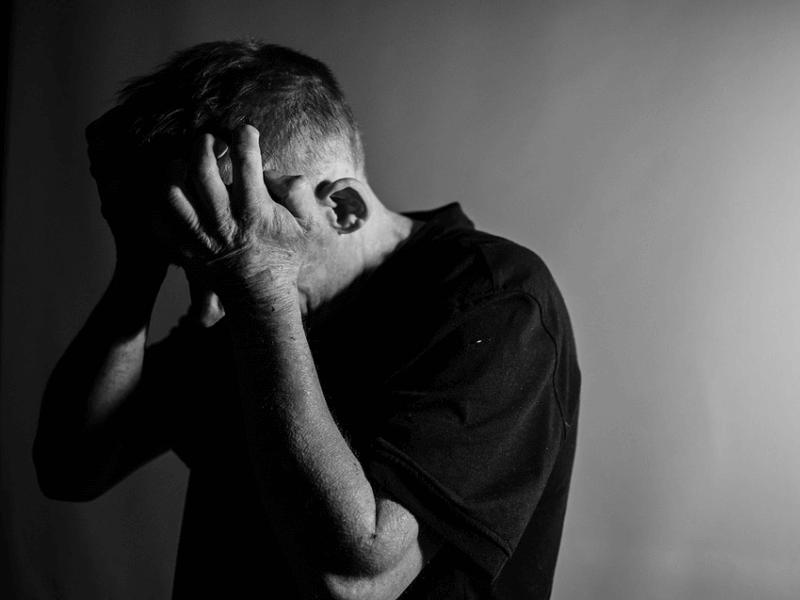 There is one condition that stands out in terms of both sleep health and mental health, as it sits right in the middle: sleep dread, also sometimes called somniphobia or hypnophobia. As the name implies, sleep dread is the fear of going to sleep; and though it sounds simple, the phobia can have some complicated manifestations. There is no universal cause of sleep dread; and while phobias are often obvious, some cases of sleep dread can be subtle and insidious. For instance, some people may not have any actual anxiety about sleep itself, or any difficulty falling asleep when they choose to do so; but they may stretch out their waking hours to an unhealthy degree. To get more hours to themselves before the day ends, without avoiding commitments and appointments, they shave time off sleep. When people do this enough times, it becomes habit; and unknowingly, they are teaching themselves to dread sleep. Another similar situation is when someone has insomnia; particularly the kind that is caused by physical rather than mental issues, such as asthma, chronic pain or severe allergies. When a person has insomnia that originates from something other than anxiety, depression or any other mental condition or trauma, it’s easy to overlook a slowly developing phobia. One of the most obvious signs is arranging one’s daily schedule around the insomnia, often in the form of maintaining coping mechanisms. When a person makes these sort of allowances due to insomnia, it is safe to assume that they dread sleep to the point of giving up a normal life. 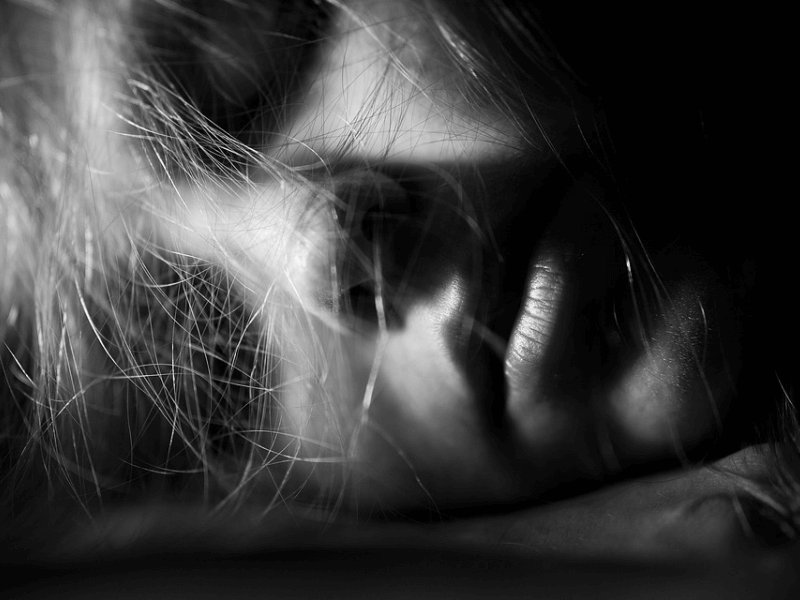