At a basic level, we know we need sleep to recover from our day’s tiring activities and get ready for tomorrow’s grind—but recuperation isn’t the only major purpose of our slumber. Sleep is also responsible for processing the overwhelming amount of information we receive during the day, and for transferring memories from our short-term memory to long term, so that we can retrieve them without any delays or issues in the future. This process takes place all while tissues are being repaired, muscles are developing, and hormones and essential enzymes are being reproduced—so you can just imagine how vital sleep is for our health and well-being.

You may have heard of Alzheimer’s disease and dementia as neurological diseases affecting the elderly. For the uninitiated: Dementia is a broad term referring to a decline in mental ability to a level that hinders the person’s normal life. Meanwhile, Alzheimer’s disease is a progressive disease which impairs and destroys memory and other mental functions. It is the most common form of dementia, and there is no known cure yet, although there are medications which can temporarily delay the progression and improve overall function.

The cause has not exactly been pinpointed yet, but there are abnormalities that are present in an afflicted brain that are considered hallmarks: plaques and tangles. Plaques are clumps of protein that destroy brain cells in multiple ways, one of which is by interfering communication of each cell. The collection of proteins outside the brain is suspected to be the main cause of brain cell death. Meanwhile, tangled protein threads result to a failure of the nutrient transport system which results to the same. 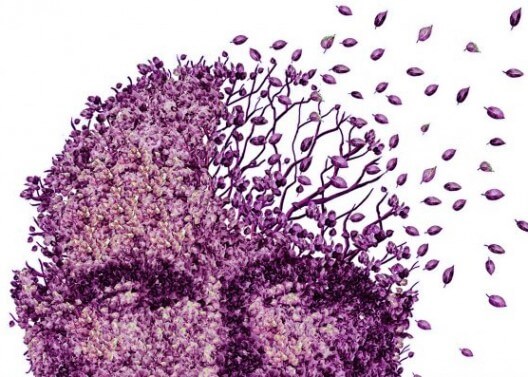 True sleep issues are uncommon in healthy elderly people; those that experience any form of sleep disorder often have comorbidities. This means that while most of the elderly complain of the occasional bout with sleep disturbances, those that experience legitimate sleep disorders that are more intense and prevalent are typically suffering from an existing medical condition—like dementia or Alzheimer’s disease.

Remember those plagues and tangles? A study from Washington University shows that continuous lack of sleep contributes to the accumulation of these proteins in the brain. This is because the brain produces more proteins than it can dispose, and could start a chain of events that leads to the incurable disease. Eight participants from 30 to 60 years old were involved, none of them having any sleep problems. They were assigned to 3 different scenarios- one group had a normal night’s sleep, another had a prescription medicine for sleep disorder (sodium oxybate), while the rest did not sleep at all. They were monitored over 36 hours, with their cerebro-spinal fluid taken every two hours to gauge tiredness and protein change within the day. They were also invited back four to six months later for a second and third repeat of the scenario. By the end of the study, those that are sleep deprived had protein levels 25% to 30% higher compared to both groups that had adequate sleep. Moreover, after just a night without sleep, the protein levels were at par with people genetically predisposed to Alzheimer’s. 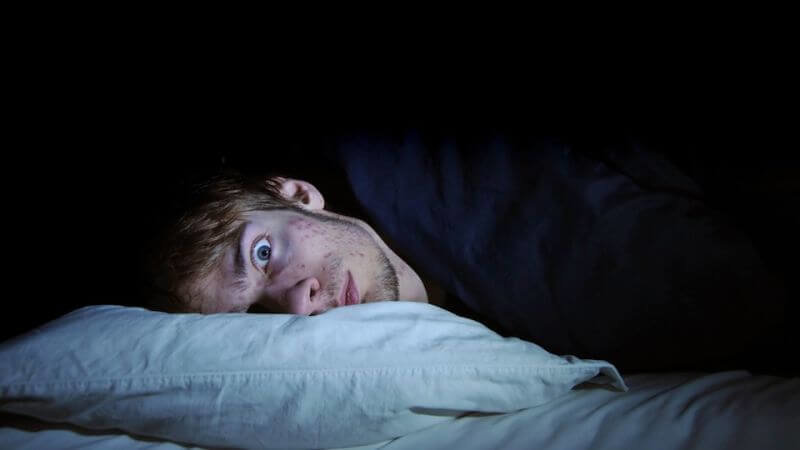 The risk goes beyond lack of sleep, too—researchers found that even just a night of interrupted sleep already increases one specific brain protein connected to Alzheimer’s, and another protein rises in amount after more than a week’s worth of bad sleep. 17 participants were grouped into two—one which enjoyed uninterrupted sleep, and another where beeps were sounded off whenever one entered deep sleep. A 10% increase in amyloid beta protein was noted in the second group just after a night, and the tau protein increased after two weeks. However, it’s not all bad news: The researchers were not convinced that a single night of restless sleep significantly increases the risk of developing Alzheimer’s disease; as the buildup of beta amyloid proteins clears up right after you’ve had that much needed quality slumber, although those who have chronic sleep problems are not so lucky. 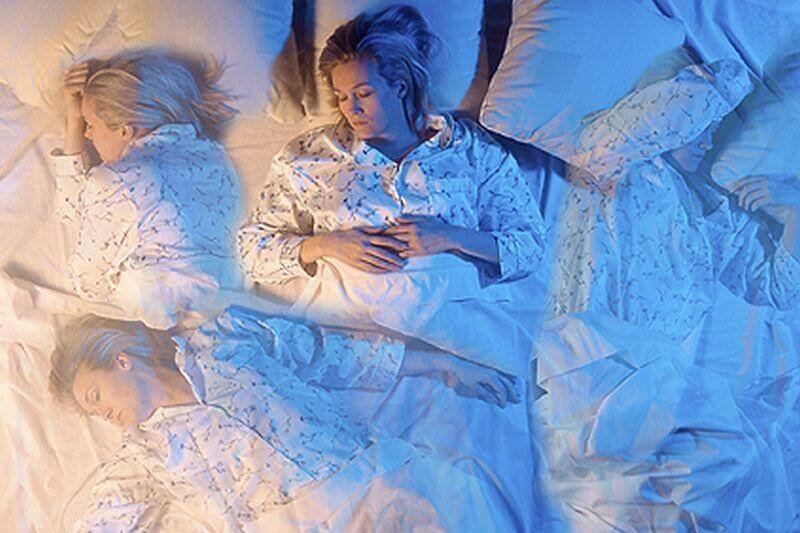 The correlation goes even deeper: A study completed in 2017 concludes that obstructive sleep apnea (OSA) may be a risk factor for Alzheimer’s disease. It was done over two years with 208 respondents aged 55 to 90 who were not currently experiencing any cognitive impairments. A sleep recording device was used to monitor OSA and cerebro-spinal fluid was collected to measure amyloid beta (the same protein mentioned earlier, which is also closely associated with OSA). The researchers found higher levels of amyloid beta among those that experience more apneas in their sleep, and the severity of OSA correlated to the increase in amyloid beta levels. It is highly suspected that sleep fragmentation and the resulting periodic decrease in oxygen from irregular breathing may cause this increased buildup, but further studies are needed to solidify the cause-effect relationship. 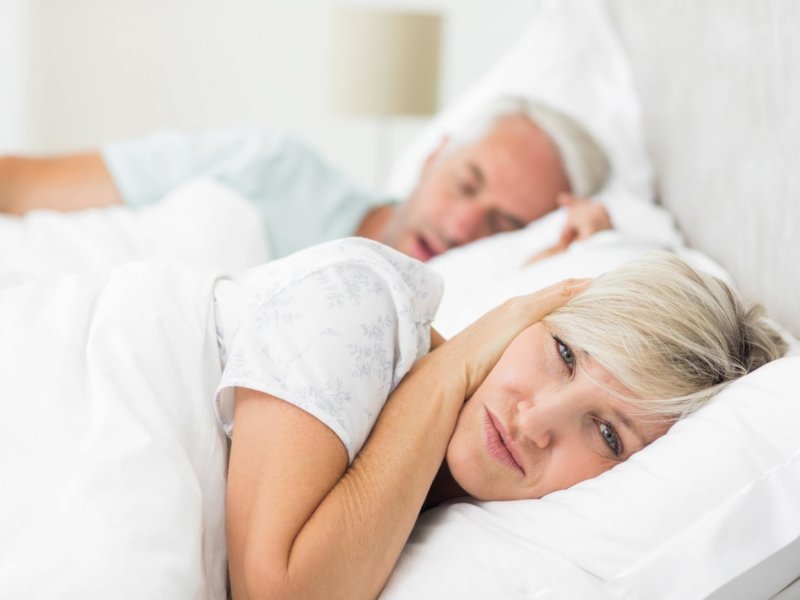 Alzheimer’s has been known to negatively affect sleep, and vice versa. While more studies in the future may establish beyond reasonable doubt the relationship of sleep issues as a risk factor for dementia, it has been long observed that people with dementia experience sleep issues, which in turn affect their family and primary caregivers, prompting them to institutionalize the patients. These changes include difficulty sleeping, daytime drowsiness, and reversal in the sleep-wake cycle (wide awake at night and then asleep during the day). There’s also the misguided idea that sleep needs lessen with age—this isn’t true at all! Add in the fact that the overall sleep quality becomes poorer with age, and it’s a double whammy for patients with dementia. 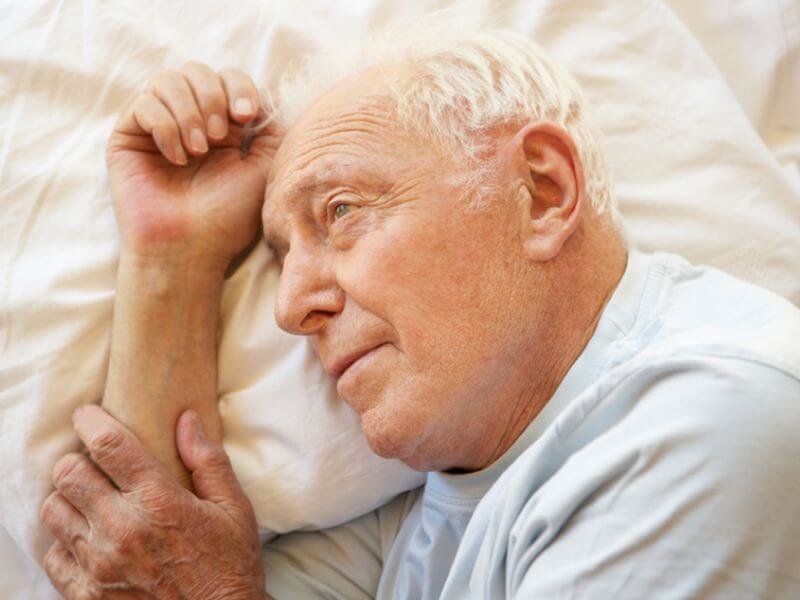 The specifics may not yet be well understood, but one thing is clear: sleep is important for our body and mind. Having a good night’s rest will not only make you feel prepared and energized for the next day, but can also contribute to your quality of life in the long run. And while the causes of dementia and Alzheimer’s disease are yet to be discovered, a lot of studies have already shown its correlation with sleep. So don’t be stingy when it comes to letting yourself catch those much needed zzz’s! Get some quality shut-eye—your future self will thank you for it.