What Are the Best Nootropics for Improving Sleep Health?

A nootropic is a supplement or drug ingested with the intent to improve mental performance.

What kind of mental performance are we talking about here? The desired cognitive enhancement through nootropics dosing varies from person to person. There are different nootropics available for specific uses, too.

Some may take nootropics to achieve a strong sense of motivation. Some may use it so boost creativity. Some may simply want to encourage better learning and memory.

It’s important to note that nootropics are normally thought of as enhancers and not medications. What does this mean? These “smart drugs” were originally meant to maximize the potentials of healthy people, not to treat existing medical conditions. 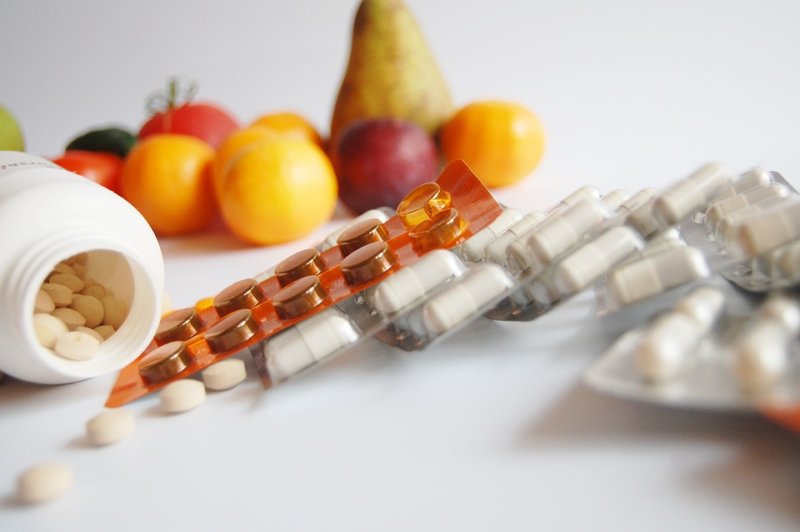 How Do Nootropics Help with Sleep?

Because of the strong link between memory processes and sleep health, there are nootropics purported to improve mental performance through helping you get a consistent good night’s rest.

Different nootropics work in different ways to ease sleep troubles. Some help increase the production and processing of neurotransmitters like dopamine and serotonin, incorrect levels of which can affect both mood and slumber. Some promote the production of the amino acid GABA, which is known to help with both brain and sleep health. Some work to increase the amount of time spent in REM and/or deep sleep.

Now we know the “how” of it all. What about the “why”? Simply put, truly restorative sleep is major element of cognitive function and health. To be blunt: You will find it difficult to impossible to achieve peak mental performance without optimal sleep habits.

We mentioned above that nootropics weren’t developed as medication. Does this mean that you can’t use sleep nootropics to treat insomnia and other sleep disorders and/or their varied symptoms? Yes… and no.

What we’re saying here is that it’s dangerous to self-medicate. Why? The idea of nootropics is relatively new, and because it is an enhancement and not a medication, it’s not a top priority when it comes to scientific observation and testing for mainstream consumer use.

If you want to see if nootropics can end your sleep deprivation struggles, it’s a good idea to let your doctor in on your plan. Yes, there are medical studies and anecdotal claims to support the idea of sleep nootropics, but it’s always good to have a healthcare professional in your corner.  A doctor can help you determine proper dosage, identify contraindications, and spot possible bad reactions to anything you ingest.

Are Sleep Supplements the Same as Sleep Nootropics?

Yes and no. Some nootropics are non-synthetic and sold as dietary supplements, which may be marketed as natural sleep aids. On the other hand, synthetic nootropics are often scheduled and/or prescription drugs, which are not the same as supplements.

You may be surprised at what can be classified as a nootropic. For example: Did you know that caffeine is generally accepted as a nootropic? This means that you get a nootropic dose every time you drink tea or coffee. If you drink green tea in particular, you get a dose of not only caffeine but also L-theanine, another natural nootropic.

While nootropic drugs may help you sleep better, they may also be not only more expensive but also harder to source. They’re also not as often easily accepted as an alternative treatment to any sleep troubles you may be working out with your chosen doctor or specialist.

Nootropic supplements are far more widely available and often come various in blends that are tested for potency and safety. Many single ingredients—some of which we’ll talk about below—have also been used as herbal remedies for centuries, and are supported by a cultural tradition and know-how.

What Are the Best Sleep Nootropics?

The best natural sleep aids address two areas of sleep difficulty: sleep onset and sleep duration. The first is how quickly you get to sleep once you’ve decided that it’s bedtime, and the second is how long you can sleep without experiencing an interruption or a disturbance.

For a hassle-free answer, check out our top natural sleep aid reviews here at Good Night’s Rest! We’ve reviewed supplements, and not prescription medication or OTC sleeping pills. This means that even though they may not be marketed as such, they do count as sleep nootropics.

You and your doctor may feel more comfortable testing the efficacy of different nootropics separately. If this is the case, you can to start with the ones below before giving natural sleep aid formulations a try. We’ve included some of our favorite products that provide doses of each natural sleep nootropic.

Ashwagandha is an exotic adaptogen that is well known in the ancient Ayurvedic medical tradition of India—which is probably why the herb is also called Indian ginseng.

As a sleep nootropic, it’s been found to aid in sleep onset, as well as help with managing anxiety and stress. Ashwagandha does this by reducing cortisol levels in the body through preventing too much of it from being release from the adrenal glands.

Also known was Brahmi in India, Bacopa monnieri is another natural adaptogen and plant that has long been used in the Ayurvedic tradition.

While it is most known as a nootropic that encourages memory retention, its powerful effects on anxiety and stress cannot be denied. Bacopa monnieri is also an ideal sleep nootropic as it improves memory processes during the REM stage of slumber.

This amino acid is one of the dietary supplement superstars when it comes to sleep health. It’s been studied extensively. GABA is said to help you go to sleep faster, sleep longer, and also encourage greater periods of restorative deep sleep. Due to this, it’s a common ingredient in natural sleep aid blends—for example, Nested Naturals LUNA and Zenwise Health Sleep Support.

Many synthetic nootropics work by enhancing the efficiency of GABA or increasing GABA production. The great news is that you can ingest it directly for a similar effect.

This is an alkaloid that is derived from Huperzia serrata, otherwise known as Chines club moss. This plant has long been used in Chinese folk medicine. Huperzine A works by being an acetylcholinesterase inhibitor, which simply means that it prevents the breakdown of and maintains healthy levels of acetylcholine in the brain.

What is acetylcholine and why it is important? Acetylcholine is an neurotransmitter that affects cognition, memory, sleep and more. In the realm of sleep health, in particular, it plays a big part in increasing REM sleep duration and quality.

We talk about L-theanine a lot here at Good Night’s Rest, and for great reason: it’s effective, easily available and very safe. As a natural amino acid that you can find in green tea, it’s a great way to ease yourself into the world of nootropics.

It’s found in many natural sleep aids, too—for example: ORB Sleep Complex and Source Naturals NightRest. Why? L-theanine works by improving sleep quality, mood, memory and focus—and it’s great paired with caffeine. In fact, many nootropics beginners start with these two before moving on to other nootropic supplements and/or drugs.

Scared of Diving in the Deep End of Nootropics?

Starting with sleep nootropics, believe it or not, is already starting at the shallow end of the pool. However, if you and/or your doctor are hesitant to try unfamiliar herbal supplements and/or amino acids, you can go with some old reliables.

Many of the natural sleep aids we’ve reviewed include it in their formulations because it helps relax your muscles and calm your nerves. It may also improve sleep quality and it known to maintain healthy GABA activity. A slight magnesium deficiency is actually very common, and should be one of the first things to look for if you’re having trouble sleeping.

It’s a naturally-occurring hormone in the body, extensively studied, and often prescribed by even the most traditional of health professionals. You can’t get any safer than trying out what’s universally known as the “sleep hormone”, right? Many natural sleep aid blends have melatonin as their primary ingredient, but you can easily find it in pure and single ingredient form, too.