Even if you didn’t grow up in a home with one, the Murphy bed is easily recognizable due to its peculiar nature and instructions for use, not to mention depictions of it in popular entertainment. Murphy beds are featured in many comedy classics, from silent Charlie Chaplin films to Three Stooges scenes, and even more contemporary media like the film Who Framed Roger Rabbit and the video game series The Sims. You may even know what the Murphy bed is without realizing it, as it goes by many names. It’s been called a fold-down bed, a hideaway bed, a pull-down bed, and a wall bed. However, the term Murphy bed is most commonly used in the US and most of North America.

The concept of the contraption is simple: You pull or fold out your bed when needed, and hide it when it’s not in use. This is achieved by storing the bed inconspicuously against the wall. The Murphy bed is hinged on one side so it’s able to flip up and masquerade as a closet or cabinet—or be hidden in one. 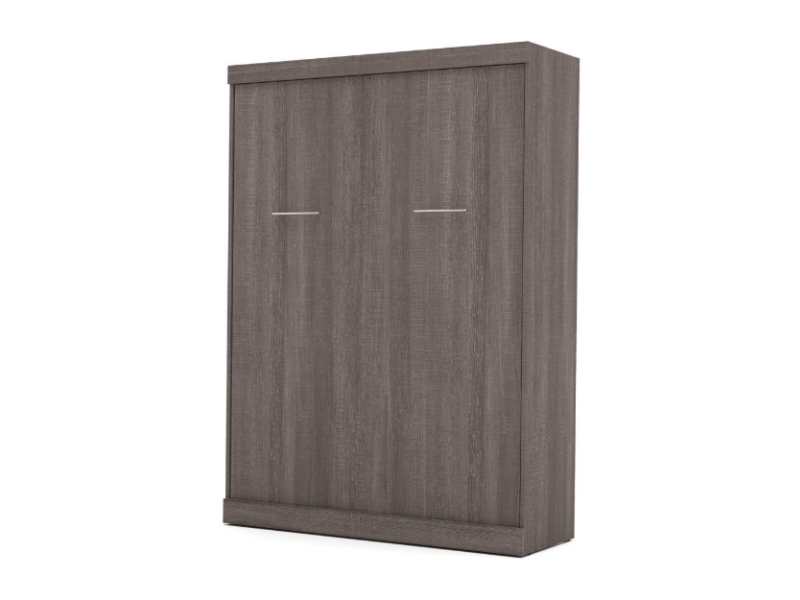 Why Was the Murphy Bed Invented?

Legend has is that the Murphy bed was born in San Francisco, conceptualized by a bachelor wanting to entertain a female guest in his studio apartment without a trace of impropriety. With a Murphy bed, the studio went from bedroom to parlor in an instant. The invention of William Lawrence Murphy—yes, the design came to be associated with his name, as is the case for many successful inventors—is not the first built for space-saving by any means; before the Murphy bed was designed and patented in the early 1900s, fold-up beds were already available commercially. However, the Murphy bed is notable for creating a more elegant space-saving technique. Instead of rolling up or folding a mattress or bed and storing it away in a separate closet or another room, a Murphy bed is just a few actions away from being hidden, and the underside often blends seamlessly into the interior decor and theme of the rest of the room it’s in.

Is the Murphy Bed Safe?

Of course, there is a trade-off. Not only are Murphy bed setups often more expensive than traditional bed frames, foundations or platforms; but they’re also objectively more dangerous to use. Fair warning: Though a properly installed and tested Murphy bed should be perfectly safe, history has shown that this having this product around can lead to disastrous events. Though Murphy bed malfunctions are typically comedy fodder in media, in real life it is sometimes impossible to laugh off a faulty Murphy bed’s consequences. There have been cases of death by suffocation due to people being trapped inside a Murphy bed; and these aren’t even events from a century before, with early models. A quick Google search yields news of deaths by Murphy bed as current as a few years ago. The bottom line: If you’re going to use a Murphy bed, make sure it’s set up perfectly, and do regular maintenance. 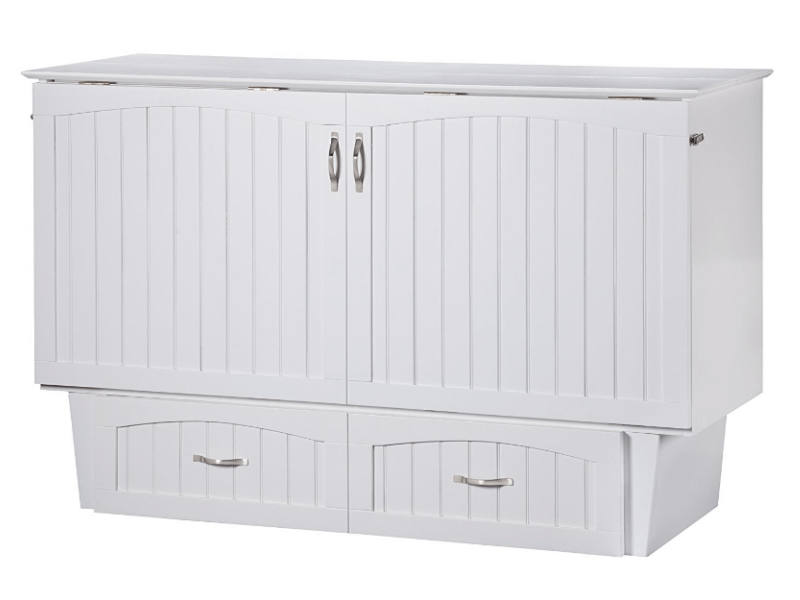 Why Use a Murphy Bed?

Of course, these accidents are usually with the well-known pull-down version of the Murphy bed. If you are enamored by the idea of having a bed you can just hide away, but are scared of the possible problems associated with it, consider newer solutions. These days, Murphy beds can be mounted sideways, and may even come with a folding mattress. There are also models that include attached desks, drawers and shelves; for a truly efficient use of space.