Everything You Need to Know About Bedbugs

“Good night. Sleep tight. Don’t let the bed bugs bite.” Chances are, you’ve heard this rhyme growing up, and more than a few times, too! Hard to control and difficult to completely eradicate, humans have been dealing with bed bugs since the beginning of recorded history. No one wants pests in their homes—especially not ones that bite them as they sleep! Here’s everything you need to know about beg bugs: what they are, where they come from, how to find them, and how to get rid of them.

What Are Bed Bugs?

Bed bugs or Cimex lectularius fall under a family of parasitic, blood-feeding insects called Cimicidae. Their size ranges from one to seven millimeters depending on their age, with adults usually about the size of an apple seed. Adults are reddish-brown, while nymphs are yellowish-white and translucent. They are wingless, with six legs and two antennae. Usually they are flat, though they can look redder and more torpedo-shaped right after feeding. Due to the way they look, they can sometimes be mistaken for cockroaches or ticks at a glance. 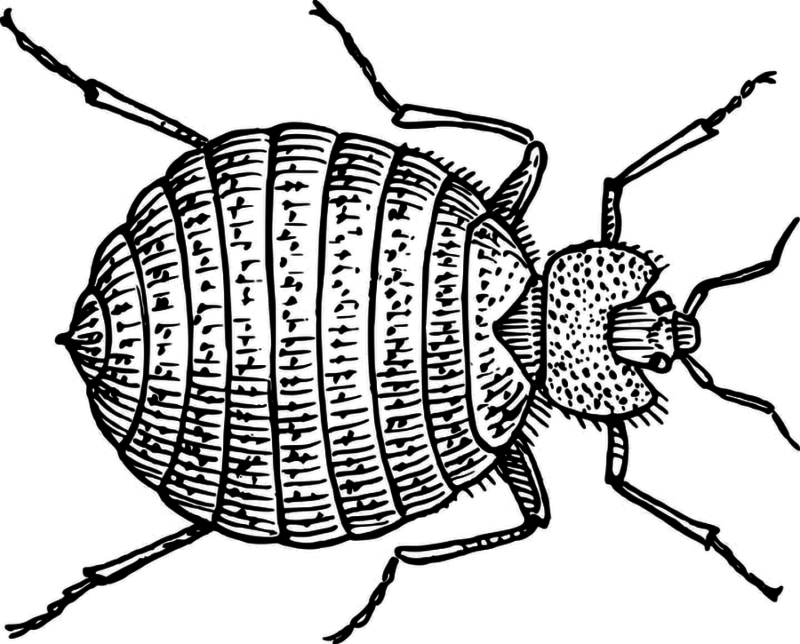 Are Bed Bugs Common in the US?

Until recently, beg bugs were thought of in many developed countries as mostly a problem left in the past; because incidences of infestation dropped dramatically midway into the 20th century, thanks to synthetic insecticides like DDT and overall better hygiene practices. However, bed bugs are a current worldwide pest; affecting countries in Africa, Asia, Europe, and both North and South America. In the last few years there’s been a resurgence of bed bug problems in the US—and bed bug activity has seen in increase from coast to coast! Why? Many factors contribute to the US bed bug epidemic: increasing domestic and international travel, increasing re-use and transport of used and vintage furniture, lack of citizen education and vigilance, and the rising tendency to accumulate more belongings and add clutter to homes and other indoor areas.

Where Can Bed Bugs Infestations Be Found?

Contrary to some may assume, beg bugs can be found anywhere; regardless of human living conditions of an area, or even general cleanliness! From motels to five-star hotels, from hovels to upscale condos—no location is safe. While bed bugs can travel over 100 feet in one night, they tend to hide and remain within eight feet of their feeding areas. Because of how bed bugs feed, infestations occur not just in places where people live or stay for periods of time, but anywhere people sleep: buses, cruise ships, shelters, trains, and more.

How Do Bed Bug Infestations Move Around?

Bed bugs can move fast and are very good at hiding in the smallest of crevices and spaces. Because of this, they are also expert hitchhikers, benefiting from passive transport while still remaining mostly invisible. While they can literally crawl from one bed to another in hostels, or from room to room in small hotels or apartments, very often bed bugs will just stow away in belongings of unsuspecting people currently on the move: in luggage seams, in pockets of overnight bags, between folds in clothes or bedding, and even in stuffed toys. It helps that they have flat bodies and can survive for months at a time without feeding, too. 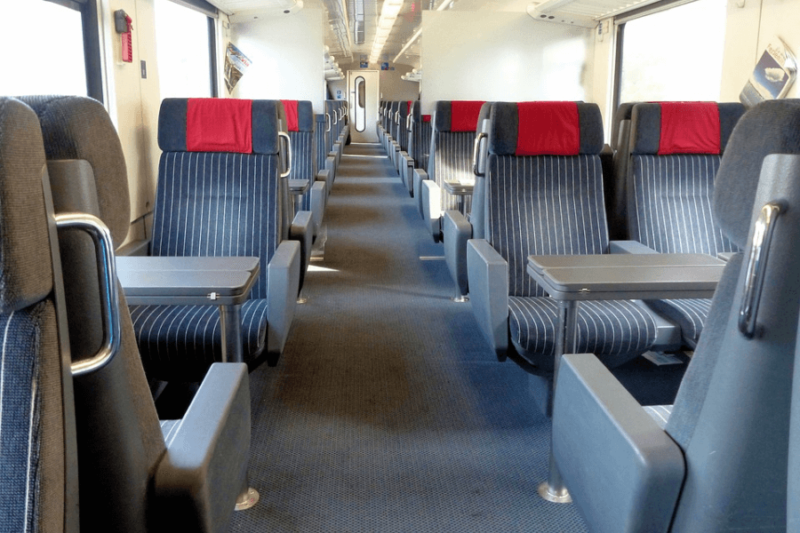 It is far more likely to find bed bugs somewhere in your clothes or your carry-on, than to find them on your cat or dog like you would find fleas or ticks. While it’s not impossible to find these pests on your furry friends, pets are not natural carriers of bed bugs for the same way that humans aren’t—if we didn’t wear clothing or bring so much stuff around with us, that is. Bed bugs hide after feeding, and don’t remain on their bite victims. However, they may be found in pet clothing, beds and accessories.

Can Bed Bugs Spread Disease or Cause Physical Harm?

Bed bugs breed quickly and spread fast, and they’re certainly annoying, but at least they aren’t known as disease carriers and aren’t considered dangerous. Normally, you can’t get sick from a bed bug bite; although the bite affects each victim differently. Also worth noting here that bed bugs can bite both humans and their pets! Bodily response to a bed bug bite can range from nothing at all to a serious allergic reaction. For the most part, if the bite does have an effect, it’s confined to minor skin irritation, swelling and itching. Sometimes, the itchiness can lead to careless scratching, which may lead to a secondary skin infection—watch out for this especially with pets that won’t know better than to scratch an itch indiscriminately. Treatment can often be accomplished through the application of antiseptics and ingestion of an antihistamine.

While physical harm is not severe, mental harm may be harder to deal with in the long run. Bed bug infestations can cause a significant loss of sleep and overall lower sleep quality—not just because of itching or pain from bites, but also anxiety and stress due to the thought of pests being present in a place that is supposed to be a safe and serene sanctuary. 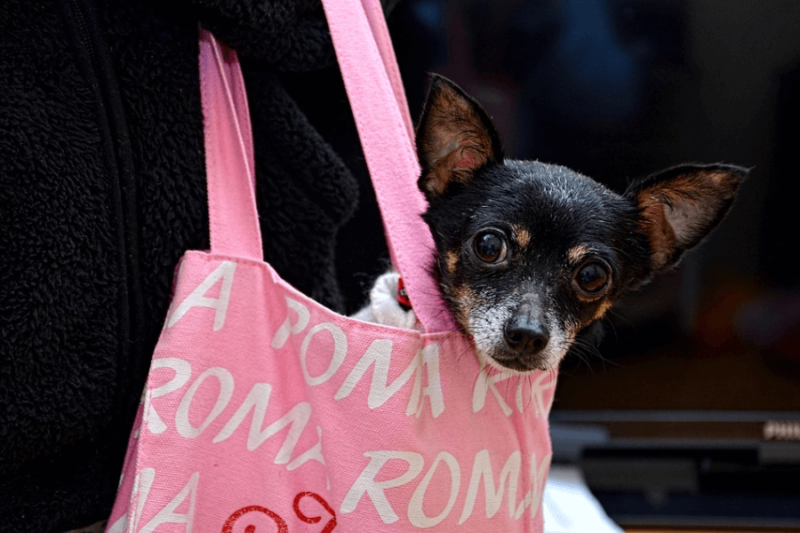 How Can You Tell If You Have Bed Bugs in Your Home?

If you start noticing insect bite marks on you that you can’t explain, you may want to check for bed bugs. However—as we’ve already noted above—some people don’t get affected by bed bug bites at all, so this should not be your sole indicator. Bed bug bites can take over two weeks to show for some people, too. What’s more confusing is that bed bug bites can look like bites from other insects or even rashes and hives, and cannot be confirmed with 100% certainty even by a healthcare professional. If you want proof beyond any shadow of doubt, the only way to confirm a bed bug infestation is to find actual evidence of it.

What to Look For

When you’re changing your bedding, or cleaning the area around your bed—or any furniture that you or your pet sleep on—you may search for not only actual bed bugs, but also other organic matter left behind by these biting pests. Adult female bed bugs can lay up to five eggs daily, which look like small translucent ovals much like small rice grains. Bed bug nymphs also cast off and shed pale yellow translucent skins as they grow into adulthood. However, the easiest to identify is bed bug fecal matter. It consists of digested blood, and appears in small clusters of dark rust red or black spots. The sticky excrement can often be found smearing or staining bedding like a small-tipped marker would.

Finally, if a bed bug infestation is big enough, you may actually start to smell it. Bed bugs produce a sweet but rotten musty odor, that’s described variably as similar to coriander—by people that don’t like the spice, we can only assume—or reminiscent of moldy clothes or shoes! It is recognizable enough that there are even dogs trained to sniff out bed bug infestation.

As we’ve already mentioned earlier, bed bugs can be found in places other than beds. Don’t let the name fool you! Check chair cushions, couches, cracks around baseboards and headboards, curtain folds, joints of bed frames and nightstands, under wallpaper and behind wall hangings and picture frames—even electrical outlets and appliances! Clutter around the bed is also a prime hiding place for bed bugs, especially in cases of huge infestations; this includes the inside of drawers, piles of dirty clothes, and trash cans.

How Do You Get Rid of a Bed Bug Infestation?

The common way to deal with bed bug infestations is to use insecticides by spraying them in affected areas. However, this is not something that you can typically do by yourself. While you can take measures to prevent an infestation from taking place—frequent cleaning, reducing clutter, sealing cracks in the wall and in your furniture—unless the numbers are very small, controlling and eradicating bed bugs is best left to professionals. Call your landlord or your local pest control company! And if you have pets and/or small children, do let the pest control service know.

For find out more, check out information and advice provided by the EPA.